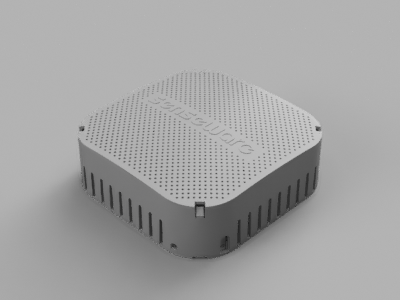 The Purpose of Sensor Technology in IoT

In this article, we'll look at the role played by sensor technology in IoT market segments worldwide, how they communicate their data, and which applications are using them best. Used to take input from the environment and convert it to an output, sensor technology helps us make sense of our world. To learn more, read on!

What's the Role of Sensor Technology in IoT?

To understand the importance of the role that sensor technology plays in IoT, it helps to step back and look at what IoT and sensors are. Per the National Institute of Standards and Technology (NIST) in their Special Publication 800-103, "Network of 'Things," IoT can be thought of as, "Systems that involve computation, sensing, communication, and actuation ... IoT involves the connection between humans, nonhuman physical objects, and cyber objects, enabling monitoring, automation, and decision making."

Similarly, NIST defines a sensor as, "A device, which responds to an input quantity by generating a functionally related output usually in the form of an electrical or optical signal."

That process of gathering information, converting it to another form, and transmitting it to the world around it is how an IoT ecosystem detects and communicates data to its components. That means the role of sensor technology in IoT is simple: without sensor tech, there would be no IoT at all.

How Do Smart Sensors Send Signals Through Networks in the Cloud?

Although IoT sensor technology can take many forms, smart sensors send their signals through similar processes. It’s a complex process, but here's how it works in simple terms:

As sensing technology becomes increasingly pervasive in our IoT-powered world, another variable enters the equation: the 5G network. The expected impact of 5G on our world exceeds the scope of this article, but this high-energy, short-distance network will require many low-powered smart sensors to create the IoT infrastructure envisioned in the smart cities of the future. This will require continuous improvements in smart sensory technology, massively increasing the amount of data processed on edge and in the cloud, and smart sensors will become commonplace.

How Are Businesses Utilizing Different Types of Sensors?

There are many types of IoT sensors. Their input mechanisms and structure will vary according to the industry in which they're used. While each IoT application is unique, here are a few we see the most:

Environmental controls are one of the most common uses of IoT sensors. Used to regulate the temperature in heating, ventilating, and air conditioning (HVAC) systems, digital sensors keep inhabitants comfortable,keep refrigerated products from spoiling, and keep systems from overheating. Pressure sensors can also monitor the environment by detecting the presence of an intruder in a secure area, and indoor air quality (IAQ) can be monitored and regulated as well.

While pressure sensors can improve security measures, other sensory technology secures a space by detecting motion or not allowing intruders to come near a prohibited area. Motion detection often employs infrared sensors that receive thermal energy as an input and converts the data to an image of the object radiating the heat. This enables security systems to detect anything with a thermal signature above a certain threshold when it comes into a designated area of a space, so that an unauthorized individual will be denied access to private areas.

Some sensors are used to analyze a system's current status, but businesses are leveraging IoT technology for their ability to make predictions about the future. Predictive analytics are helping manufacturing facilities make the most of their equipment, as a wireless sensor embedded in a piece of equipment will give input about its condition and alert technicians when maintenance is needed. Other predictive applications include inventory planning, supply chain optimization, and even integration into big data algorithms to mitigate risk and spot the latest economic trends.

Realizing these benefits often means creating a digital infrastructure that enables continuous device communication, which can require a digital transformation. Data demands are dynamic, so companies must develop a network of sensor technology that covers all their digital bases and can scale along with them — which is why choosing the right sensor provider is so important.

Between rising pollution levels and harmful viruses like COVID-19, indoor air quality sensors have become one of the most important IoT applications. Airflow sensors ensure proper ventilation and circulation throughout a space, making them essential sensors in IoT healthcare applications where airborne viruses and bacteria can be transmitted. Particle counts and circulation are also critical factors for data centers, sustainable building design, facilities containing fragile documents, and improving indoor health.

Stay in the know on all things IoT

Subscribe to the Senseware blog for our latest updates, best practices, and thought leadership.