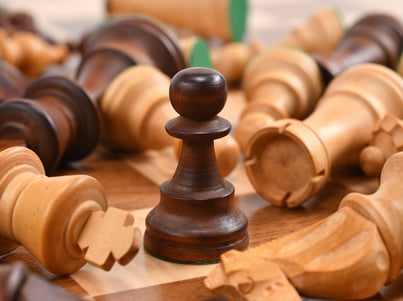 Do IoT Companies Compete Against Data and Analytics Service Providers?

IoT companies have filled the marketplace, creating no small amount of confusion. Too many Product and Solution descriptions on various websites sound overly similar. How can one pierce through the noise to understand what is real vs. marketing? Let’s begin by examining the different categories within the IoT market as a whole.

What is an IoT Company?

It’s probably helpful to begin by asking the simple question of what exactly is an IoT company? When most people think of IoT, they do recall that it refers to the “Internet of Things”. Those “Things” typically relate to inexpensive hardware devices that feature some form of wired or wireless communication that enables connectedness.

The early days ushered in a number of IoT devices, some of which received acclaim as being pointlessly funny. Ignore the merit of such derision for now, and remember that most associate an IoT company with an IoT device. With that logic, most then would agree that an IoT company has actually created and is marketing an IoT device.

What if, however, the company hasn’t actually designed or manufactured an IoT device, but rather merely uses a third-party IoT device as part of their services? Is that company still an IoT company, or are they more akin to a system integrator? [Quick Aside: If the website doesn’t advertise IoT hardware, then they are using third-party IoT hardware, and are following a “not-designed here” marketing philosophy.] Hold your answer to the previous question for just a bit longer.

What is a Data and Analytics Service Provider?

The real value is in the data. IoT devices just happen to provide an inexpensive mechanism for capturing real-time data and making those strategic data resources immediately available in the cloud. Many system integrators are actually Data and Analytics Service Providers. They desperately want to gain access to those strategic data resources. The data enables them to generate actionable insights for their particular market domains (e.g., energy efficiency, engineering, facility management, etc.), often as part of a SaaS model. Data and Analytics Service Providers will use any available IoT device to secure access to needed real-time data.

Who owns the data and controls Application Services?

The IoT market has changed. Early IoT companies sought to enter the market with narrow vertical products. They designed purpose-built IoT devices for a narrow market vertical and sought to deliver some form of cloud analytics as part of a SaaS model. Early IoT companies sought to control data ownership; they confined usage of the data and analytics to their purpose-built cloud Application Service. The consequence of such an approach in the broader IoT market was the necessity of using a different cloud interface for each of the different vertical IoT products. It was aggravating. In the commercial/industrial markets, many have lamented the absence of a “single pane of glass” for consuming disparate sets of real-time analytics.

Very few success stories exist for IoT product companies. The situation has become more difficult recently with the rapid rise of Data and Analytics Service Providers. This isn’t surprising since cloud software services can be developed and iterate much faster than IoT hardware. The continued emergence and prevalence of Data and Analytics Service Providers will push IoT companies that seek to control the cloud Application Service.

This is the new battleground. Everyone is focused on high-margin cloud Application Services. Few want to focus down-market on the intricacies and complexity of IoT device hardware in the IoT technology stack.

In this context, IoT platforms are beginning to emerge. IoT platforms will be evaluated on their ability to free Data and Analytics Service Providers to rapidly move up-market.

Someone has to handle IoT device development to account for the underlying variations in the physical environment to extract the needed real-time data set. Data and Analytics Service Providers want to leverage those IoT devices without competing with those IoT companies to control the cloud Application Service.