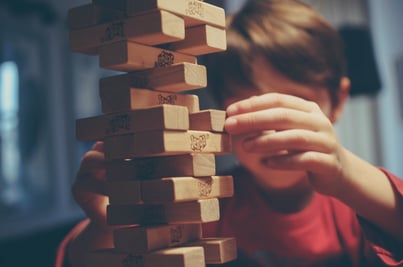 Many companies today have identified a real business need for IoT in gaining access to real-time data. Having identified a way to create real business value for their customers, companies now seek to capitalize on the opportunity by executing on their technology roadmap. The challenge remains, of course. How does one translate new business initiatives to revenue?

Building an IoT solution to deliver on new business initiatives requires a significant investment. We’ll review some common problems that can impede the success of companies looking to bring new IoT solutions to market.

Lack of Expertise in Developing a Full-Stack IoT Solution

As many companies have already established some form of a cloud infrastructure for their Service Application, completion of the IoT technology stack often requires IoT hardware development. IoT  projects can easily stall at this stage because most companies do not have the engineering expertise to develop IoT device hardware, IoT device software, and IoT communications.

The common alternative is to become a system integrator and attempt to cobble together a system that combines third-party IoT device hardware with the company’s data platform. The results will always remain sub-optimal. These deficiencies will become even more pronounced as a company attempts to deliver the IoT solution at scale.

The dilemma for IoT hardware developers is to either (a) pursue a purpose-built IoT device, or (b) pursue an IoT solution that is flexible enough to evolve with changing sensor requirements.

Purpose-built IoT devices can be brought to market the fastest. They typically feature a single integrated device that performs a dedicated function in meeting the current IoT requirements, which limits the options for expandability. What happens when those IoT requirements change? For example, will a new type or new generation of sensor be needed in the IoT device? If so, the need to iterate the IoT device will greatly change the cost and delivery timeline profile. Most companies struggle with these uncertainties of IoT investment.

The alternative of pursuing an inherently flexible IoT solution that can evolve with the company is typically too large of a proposition. Most companies are in the business of delivering an IoT solution, not in the business of developing an IoT platform. Again, the scale of IoT investment required will cause many companies to disregard such an option.

An illustration of some of the pitfalls of IoT device development is their interaction with other devices. Many IoT solutions are designed to capture real-time data from meters, devices, equipment, or systems resident at the monitoring site. As such, the IoT devices must be flexible enough to connect with a wide range in the existing infrastructure.

Regardless of the type of asset class targeted by the IoT solution (e.g., buildings, vehicles, construction sites, etc.), both modern and legacy infrastructures must be supported. The IoT device development initiative must therefore be scalable enough to accommodate different data sources implicated by the full range of installation scenarios. The complexity of development can be daunting once the range of application requirements becomes apparent.

IoT Hardware Must Integrate Seamlessly with the Data Platform

IoT devices have utility in the context of a data platform. The capture of real-time data is not enough. The real-time data captured by the IoT device must be ingested seamlessly into the data platform. If significant data conditioning and cleaning is required before actual usage of the data, then the IoT solution has fallen far short of a seamless operation.

The primary pitfall of third-party IoT devices is the lack of integration with a company’s existing data platform. IoT devices that are developed in concert with an IoT cloud platform will feature pain-free ingestion and will deliver clean time-series data ready for immediate use at the Application Layer.

The Chicken and the Egg Problem

IoT solution development requires an investment, especially at the device level. The problem most companies experience is the lack of clarity they have in the true business opportunity (i.e., revenue potential) when deciding how much to invest in developing their own IoT solution. The sheer scale of developing a full-stack IoT solution, especially when considering the development lead time required, will often dwarf the revenue projections at least in the short term. The relevant ROI makes the decision to proceed with IoT development a truly difficult proposition.

Building a full-stack IoT solution is complex. Assuming the business case for bringing an IoT solution to market has been made, the company must navigate numerous obstacles in developing viable IoT hardware.